The Federal Motor Carrier Safety Administration has not yet issued a proposal to lower the age for interstate truck drivers, but the agency announced that it is seeking public comment on a ‘potential’ pilot program that would allow drivers ages 18 to 20 to operate commercial motor vehicles in interstate commerce, according to Heavy Duty Trucking.

Last July, FMCSA said it would initiate a pilot program to allow certain 18 to 20-year-olds with military training to operate CMVs in interstate commerce.

The agency’s latest action could lead to it launching a pilot program that would not be limited to drivers who had picked up some experience driving commercial vehicles while serving in the military – in effect, considerably widening the potential pool of long-haul drivers.

FMCSA specifically said it is now requesting comments on the “training, qualifications, driving limitations, and vehicle safety systems that FMCSA should consider in developing options or approaches” for a second pilot program for non-military drivers of ages 18 to 20.

The American Trucking Associations restated its support for allowing younger drivers in its own May 14 news release. “ATA supports FMCSA’s efforts to expand on its current work examining younger commercial drivers,” said ATA President and CEO Chris Spear. “Right now, 18-, 19-, and 20-year-old drivers are driving trucks in the US. What these pilot programs will do is set out a path for these drivers to fully participate in our industry by allowing them to drive interstate.” 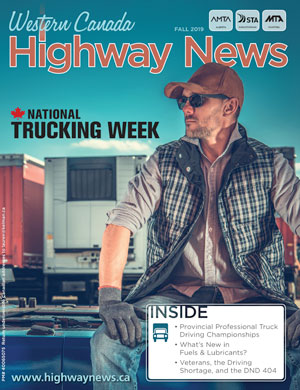